It’s easy to overlook Providence when discussing the East Coast’s most recognized food cities. After all, Boston is a mere 45-minute drive to the north and New York City is just a few hours to the south. Then again, the city is home to one of the country’s top culinary institutions, Johnson & Wales, and to the historical Italian neighborhood of Federal Hill. Close proximity to a number of notable farms and a large body of water ensures that the city’s chefs can access fresh produce and seafood year-round. Suddenly, it doesn’t seem so far-fetched that Providence would be a city stocked with great restaurants that mix old and new, classical and contemporary. Old-school Italian joints with tuxedo-sporting waiters sit blocks from a line of newly operating food trucks. A Momofuku alum recently opened a six-table bar that fuses local ingredients with Asian flavors.

It’s certainly an exciting time for the unpretentious city, and people are taking notice. Del Posto chef Mark Ladner just completed a weeklong tour guest cheffing throughout Providence as a thank you to the city for being among the most supportive of the Kickstarter campaign promoting his upcoming gluten-free pasta pop-up. Fresh off our own couple of trips to the Creative Capital, we present five of our favorite places to eat in town. 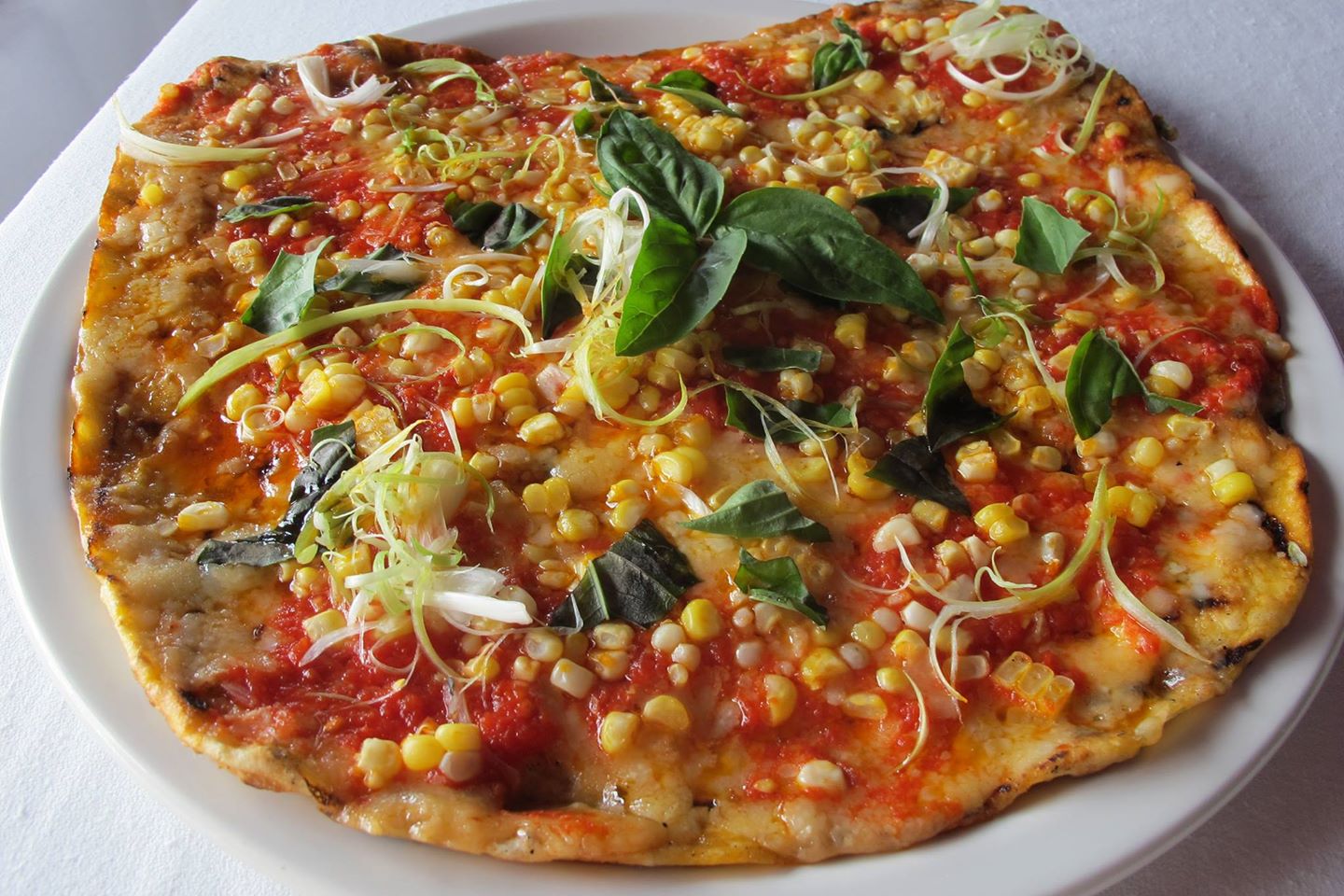 1. Al Forno
A Providence staple since 1980, Al Forno serves simple renditions of food rooted in the various regions of Italy. The two-floored riverfront restaurant uses local New England products for most of its extensive menu, with many items cooked in wood-burning ovens and on charcoal fire grills. That doesn’t include a perfectly charred “dirty steak,” which is grilled directly on the coals themselves (just try it). Go for any one of the handmade pastas and be sure to split a signature grilled pizza – our favorite is the corn – a crinkly-crusted masterpiece bathed in spicy oil that just may be the city’s single best dish. 577 South Main Street, alforno.com

2. North
There is no one word that can quite describe the eclectic cuisine being served at North, the cozy, off-the-beaten-path Federal Hill spot that shows off the city’s hip side (yes, we’re still talking about Providence). Momofuku alum James Mark takes local meats, seafood and veggies and remixes them with Asian flair in an array of inventive sauces and spices, which play off nicely with the bar’s creative cocktail list. The result is a dimly lit, six-table restaurant that’s part-Momofuku, part-Mission Chinese and yet all unique. The constantly changing, shared plates menu reflects influences from all over Asia, as well as some curveballs from the American South (try the tiny ham biscuits and Surryano country ham). The dan dan noodles with goat, squid, fermented chile and black pepper are a must order. 3 Luongo Memorial Square, foodbynorth.com

3. Nick’s On Broadway
There may be nothing that says “Providence” more than sitting for weekend brunch at the counter at Nick’s on Broadway. There may also be nothing more difficult than securing a counter spot – or one of the few tables – for weekend brunch at Nick’s on Broadway. A local favorite since opening just over a decade ago under the steady hand of then-24-year-old chef Derek Wagner (he’s still there and just as energetic today), Nick’s utilizes seasonally inspired, locally sourced ingredients. Seafood from Point Judith and aged beef from Blackbird Farm are highlights, as are the number of veggie-focused sides. Those looking for an even more refined experience can request a four – or, if booked 48 hours in advance, nine – course tasting menu, complete with wine or beer pairings. 500 Broadway, nicksonbroadway.com

4. Bacaro
Preparing for a big night out on the town? Bacaro is the spot. Located on the waterfront downtown, the establishment includes a sálumeria counter downstairs and a more formal, lively upstairs dining room. Order from a paper sheet displaying a long list of cuts of meat/cheeses and a rotating selection of Venetian tapas (opt for the gorgonzola-stuffed dates wrapped in smoked pancetta and anything made with polenta), to complement entrées ranging from handmade pastas to grilled meats. The pan-seared duck breast with roasted stone fruits is not to be missed. 262 South Water Street, bacarorestaurant.net

5. Birch
You may have noticed that many of the restaurants on this list are committed to using local ingredients. There may be no place that does this more effectively than DownCity’s elegant, year-old Birch, which sources all its produce from nearby farms. Diners are seated at an intimate 18-seat U-shaped bar and choose from a four-course tasting menu composed of chef Ben Sukle’s unconventional takes on New American fare, priced at a very reasonable $49. Mark down dates for the restaurant’s ongoing guest chef series, which attracts top young culinary talent from around the country and books up quickly. 200 Washington Street, birchrestaurant.com